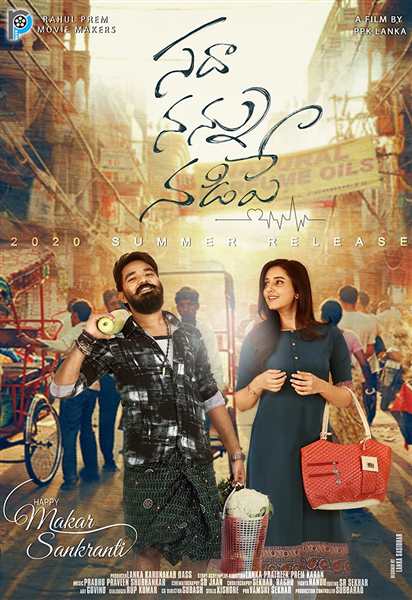 Hero Prathik Prem Karan acted in Vana Villu and then now came up with a new film Sadha Nannu Nadipe. Vaishnavi Patvarthan is the heroine while Nagendra Babu, Nasser, Rajeev Kanakala, Ali, and others acted in key roles. Prathik himself is the writer, music director, and director of the film. The film was released today check out the film’s review.

Story:
MJ alias Micheal Jackson (Prathik prem Kiran) is a happy-go-lucky guy. He falls in love with Saha (Vaishnavi). Despite her rejection, he continues developing feelings for her. Saha’s father Rajeev Kanakala also disapproves of this relationship. All of a sudden she agrees to the wedding with MJ. After the first day of their wedding, she avoids MK. Why did that happen? Why is she avoiding MJ? What is her problem? How did it get solved? Forms the story of the movie.

Review:
The film is just like a feel-good romantic entertainer that we already witnessed in the form of Geethanjali and Kalisundham Ra. Both the films did well at the box office. Prathik Kiran did the film well by writing an interesting love track. It is very entertaining on the silver screen. When we come to know that a person we love the most is going to die soon, it will leave a long-lasting impact. We have a lot of memories with the person. We can do any sacrifice for the person we love. Based on the same, the director did the film in an engaging manner.