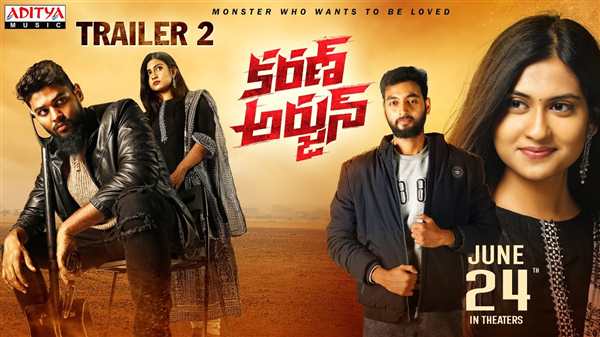 Story:
Karan (Nikhil Kumar) plans his pre-wedding shoot with fiancee Vrushali (Shipha) at the Pakistan border. It is located near the Jaisalmer desert area. There, Arjun (Abhimanyu) causes trouble for them. At this moment, Arjun plans to kill the two. Both Karan and Vrishali work very hard to escape from Karan. Amidst this, a local lorry driver kidnaps Vrishali. Surprisingly, Arjun saves her. What did Arjun do to save Vrishali? Why did he save Vrishali? What is the relationship between the three? Forms the story of the movie.

Performances:
Nikhil Kumar played a role that has dual shades. Karan (Abhimanyu) is fit for a role where he loves his mother a lot. Even Abhimanyu has impressed with dual shades in his role. Shipha played the leading lady and she did impressed with her looks as well as her performance in the film. Sunitha Chowdary played the mother role and she made an on-screen appearance after a long time. She did her best too. The rest of the cast is okay.

Technical Aspects:
The film’s technical output is good. The background score is highly impressive. Suresh Gangula’s songs are nice. The cinematographer visualized the locations of Rajasthan nicely. The chasing sequence in the desert came out well. The editing is crispy.

Minus Points:
Absence of star cast

Verdict:
Director Mohan Srivatsa has added a beautiful philosophy and message to the film. The lead characters have separate goals and they have their own intentions. One of them loves his mother and the other one is in love with a girl. Both are at extreme levels. What happens when these cross paths are what the story is all about. The director told that it is not healthy to kill others out of extreme love for someone. There are many thrilling elements in the film. The director took his time for take-off in the beginning but with multiple twists and turns, the film picks up the pace from the interval point and the entire second half is extremely intriguing. The presence of a star cast is a minus point for the film. Else, things would have been completely different. On the whole, this is an engaging road thriller with multiple thrilling elements. Go watch it.