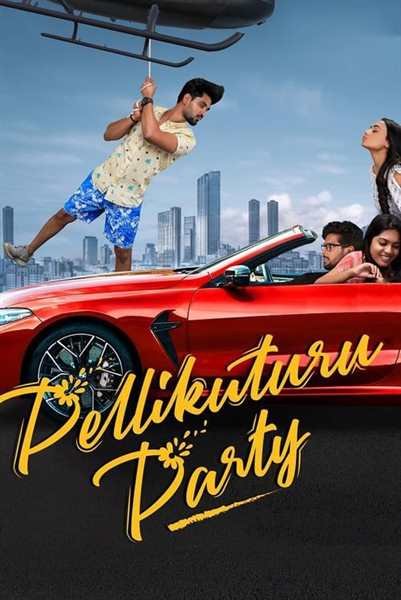 Prince who impressed everyone with DJ Tillu came up with his new movie titled Pellikuturu Party. Aneesha Dama of Geetha Govindam fame is the heroine. Check out the movie’s review here.

Story:
The film’s story has a lot of comic elements. Pellikuturu Party is the story about a bachelorette road party that has gone haywire. What happens at the party? How did it change the course of life for everyone involved? What happened in the end? Forms the film’s story.

Female director Malladi Aparna has neatly portrayed these bachelor girls’ parties and unveiled their attitudes in a great way.

The most interesting thing in the plot is when four girls tell about the bachelor party at home and when their families ask them to take Grandma too. The story of the four girls who went along with the grandmother is a bit funny. Also, the road journey gets intensified with a few more serious action episodes. Targeting the youth, the film is full of fun.

Tollywood actor Prince who shared a good comedy with the recently released DJ Till movie impressed us with the action scenes in this movie. Anisha Dhama who impressed us with the bold scenes of Geeta Govindam played the lead role in it. Annapoornamma played the grandma role and entertained with her comedy. Mainly in the road Journey episode, the girls’ funny conversations evoke good laughs. The rest of the characters gave their best in their limited roles.

As said earlier, Female director Malladi Aparna directed the film with good interesting twists and dealt the main theme with good humour. The way this story is led is particularly impressive from a girl’s perspective. The music provided by Shreekar Agusti is decent. The cinematography is rich. The cameraman captured the Goa places very well. Editing is also good. Producer AVR Swamy has given the great quality for the film without any compromise. If you love youthful comedy entertainers, then surely give this film a try.