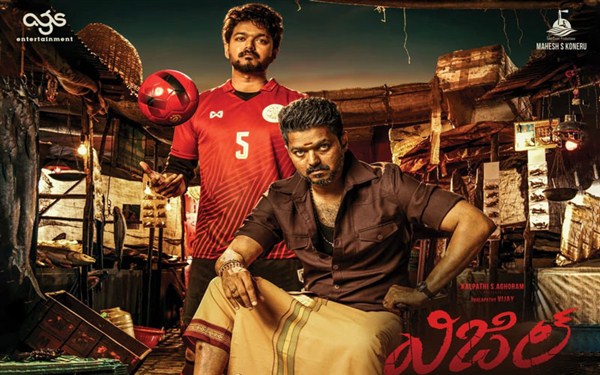 After Rajinikanth, Kamal Hassan and Thala Ajith, another Kollywood star hero who also has a decent fan following in the Telugu States are none other than Thalapathy Vijay. The actor who previously scored hits like ‘Theri’ and ‘Mersal’ joined hands with director Atlee again and came up with another action entertainer titled ‘Bigil’. The film finally hit the theatres today on October 25th, 2019. The Telugu version titled ‘Whistle’ also got released today. Here is the review of the movie.

Story:
The story of Whistle narrates about Michael (Vijay) giving the coach to a women football team and retuning to the glory by overcoming all odds. What did he do for his team to win? How did it all happen? What happened in the end? Forms the story of the movie.

Performances:
Vijay is the major highlight of this film. The way he has showcased all the emotions in his role and carried out the entire movie on his shoulders has added more strength to the film. Nayanthara’s character itself will add more depth to the film. Her lovable performance made it even more interesting to watch. Especially, the scenes between Vijay and Nayanthara are so beautiful to watch. Vivek’s power-packed performance is worth appreciating. Jackie Shroff’s screen time is less. But, we can say that his performance will definitely leave an impact on the audience. Kathir acted naturally in the film and delivered his best performance. Devadarshini and Yogi Babu will definitely make the audience laugh with their comedy timing. Varsha Bollamma should get a special mention for her stunning performance in the film. The rest of the actors also made their presence felt.

Technical Aspects:
Director Atlee repeated his magic again with this film. We already know that Atlee always showcases Vijay in an impressive way and he did it again in this movie as well. The way he portrayed Vijay’s character is really superb. Though the story is predictable at times, Atlee has succeeded in keeping the audience engaged throughout the film. Especially in the first half, the narration is too good. Production values by AGS Entertainment banner are very rich. Music by AR Rahman is like the backbone of the film. The songs and the background music elevated all these scenes well and will definitely impress the audience. Cinematographer GK Vishnu has produced some catchy visuals for the film. Also, his camera angles are really good. Editing by Ruben is neat.

Verdict:
The movie has a solid story that is not only appealing for the action lovers but can also impress the family audience. Just like Atlee’s previous movies, ‘Whistle’ also have an equal emotional content that will make it easy for the audience to get connected to it. The movie starts off on a really interesting note and the first 30 minutes itself will engage the audience. The first half showcases so many comedy sequences as well as some amazing action sequences. Vijay’s performance as a gangster as well as Football coach will definitely grab some extra brownie points. The interval block is really good. The second half also got treated well. To conclude, ‘Whistle’ is an entertaining film not only for Vijay fans but also for all sections of the audience.