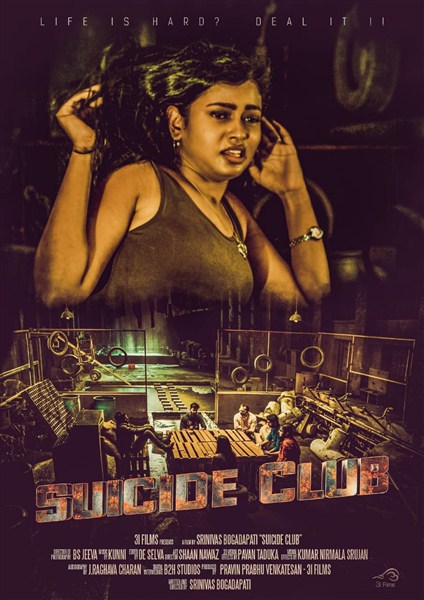 Performances:
Venkata Krishna’s acting stood out among others in the films. His five minutes dialogue in the film got applause from the audience. Even though she is the only female actor in the film, Chandana gave a good performance. Rest others have done justice to their roles.

Verdict:
Suicide Club got made both in Telugu and Hindi. The director Srinivas managed to convey the story in a good way with a crisp runtime. The story is simple and didn’t have any unnecessary elements in it. Even the actors have done their job well, even though they are newcomers. The background score was brilliant. Even the cinematography and the visual effects were quite well done. Overall, it is a commendable effort from each department.