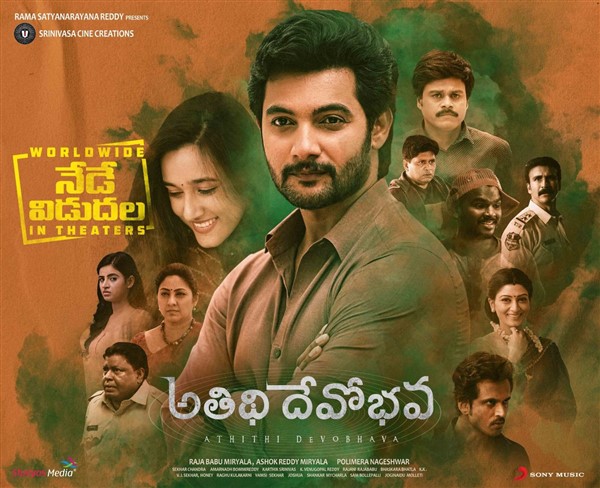 Story:
Aadi Sai Kumar plays Abhi in the film and he suffers from a condition called Mono Phobia. Because of this condition, the actor always expects someone to be on his side. In this process, he falls for Vaishnavi (Suveksha). However, as days goes by, his condition creates problems in his love story. What are those problems? What did he do to save his love? What happens in the end? Forms the film’s story.

Performances:
Performances-wise, everyone has given their best for the movie. The film features an ensemble cast of talented actors. Aadi Sai Kumar is at his best. With each and every film, the actor has been improving a lot. The actor displayed a great performance in the film. His performance is extraordinary in many aspects. Suveksha is the film’s female lead. The actress has worked so hard that her hard work is evident on the screen. The chemistry between the lead pair is very good. Her looks and screen presence is nice. Rohini as the mother gives a legit execution. It was very great to see Saptgagiri in a decent job and he intrigued the audience at a great length.

Technical Aspects:
Technically, the film is very good. Multiple aspects are impressive in the film. The music by Sekhar Chandra is great however the BGM is also extraordinary. The camera work was likewise great and exhibited the story in a good way. The film’s dialogues were nice as was the creation plan. Coming to the film’s director Nageswar, he did a great job too. The camera work and visuals are grand. The production values are grand.

Minus Points:
Few lags in the second half

Verdict:
Despite the fact that the account of the film looks new, the portrayal is impressive. The director invested in some opportunity to build up the lead characters. This continues in the primary half making things interesting. However, there was a decent extension to raise the contention point. Also, significant characters in the film look good and played their parts well. There are many scenes that cause the crowd to engage in the story and they came out well. In general, Atithi Devo Bhava has a clever point however it is described in a very good manner. The film is a decent family entertainer.