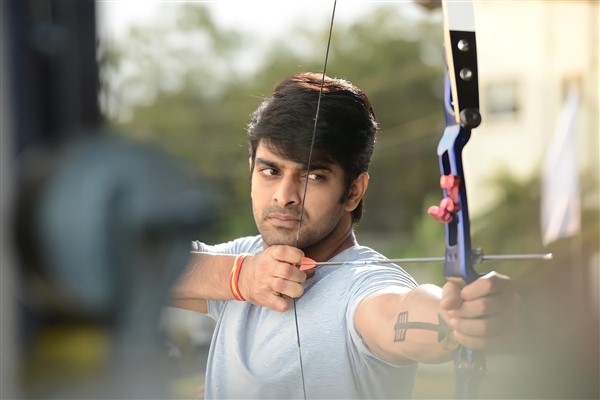 During the ancient times Archery has been used for hunting and combat and its presence in many mythological stories is never forgotten. The people whom we treat as great warriors and God are always seen holding a bow and now it has paved its path on to the silver screen. India’s first movie based on archery, ‘Lakshya’ is coming soon to the theatres, the sports drama movie starring Naga Shaurya and Ketika Sharma and directed by Dheerendra Santhossh Jagarlapudi promises to be entertaining and exciting. The movie shows Naga Shaurya in a never before look. Presented by Sonali Narang, Produced by NarayanaDas K. Narang, Puskur Ram Mohan Rao, Sharrath Marar in Sri Venkateswara Cinemas LLP, And Northstar Entertainment Pvt Ltd banners. Ketika Sharma is playing as heroine in this film while versatile actor Jagapathi Babu is playing a crucial role. Naga Shaurya’s 20th film, ‘Lakshya’ is being made for the first time in India with a backdrop of ancient archery with all commercial aspects. 80 % of the shoot has been completed and the film is currently undergoing it’s post production works.

Archery as a sport was included in the Summer Olympics in the year 1900 and since then it has become an important part in the sporting community. The sport requires a keen eye, discipline and top-notch concentration. India is emerging to mark itself in this sport by producing many talented archers. The teaser which was released on Naga Shaurya’s birthday has an amazing count of views and it showed glimpses of a flick which is going to make us sit at the edges of our seat.