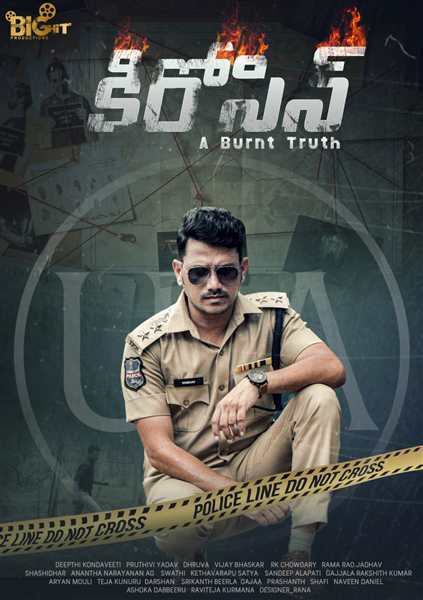 Helmed by Dhruva, Kerosene: A Burnt Truth is a Telugu movie released on 17 Jun, 2022. Billed as a crime thriller, the movie stars Dhruva, Brahmaji, Preetei Sundar and Madhusudhan Rao in crucial roles. As the movie hit the screens yesterday, let’s see how the movie is..

Plot : A series of murders that takes place in a remote area of ​​AP Janagudem scares the people. To investigate this, ACP Vaibhav takes charge. He takes this rape and murder of women case very seriously. Meanwhile Gauri (Lavanya Chewula), daughter of Ramappa (Sammeta Gandhi) lives in the same village and gets raped. Knowing the matter, ACP Vaibhav (Dhruva) identifies the criminal behind it. What are the challenges Dhruba faced ? How did he investigate this case? What kind of punishment was given out to the murderers forms the crux.

The lead actors’ performance is the main positive point of the movie. Dhruv gave an exceptional performance. Brhamaji stole the show with laugh evoking scenes. Directors gripping narration here and there have managed to hit the right chord with the audience.

The first half of the film is excessively casual. However the screenplay, raw scenes and the locations chosen by the film unit and the cast performance keep us engaged. The movie picks its speed with a polar entry. The movie was high during the sequence of solving a murder case that comes before the Gauri case. Also, the interval twist makes us wait for the second half. But the movie totally goes down at the climax.

Director did a good job in handling suspense. Besides that, the BGM of the crime thriller is said to be the highlight in Kerosene. Cinematography is top-notch and Production values are high.

However, coming to the cons side, editing could be far better. There are many unnecessary scenes both in the first half and second half that could be chopped off.

The technical crew of the film includes