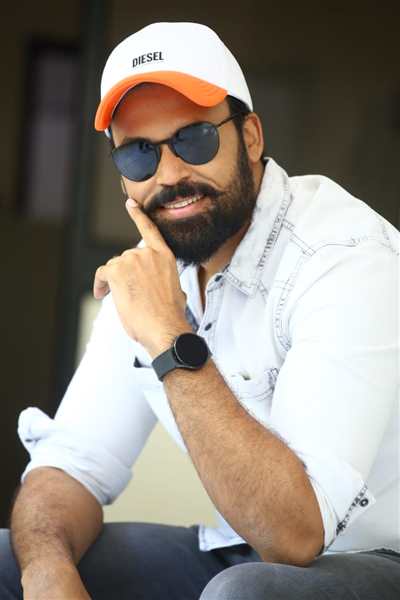 Young and promising hero Laksh who has been doing wide variety of movies is coming up with a pucca commercial entertainer Gangster Gangaraju helmed by Eeshaan Suryaah. The film is produced prestigiously by ‘Sri Tirumala Tirupati Venkateswara Films’ and presented by ‘Chadalavada Brothers’. Vedika Dutt is the lead actress in the movie due for release tomorrow. Meanwhile, Laksh interacted with media today.

The actor stated the success of the content-based movies Pelli Choopulu, Arjun Reddy, Kshanam etc. which were released after Bichagadu, inspired him to create an identity for himself as an actor. “I lost nearly 25 kgs and prepared myself completely for acting debut. Then, I made my debut with a content-rich movie Valayam which was well-received by the audience.”

Laksh informs he planned to do two movies, after Valayam. “But there was two years gap because of covid. When I thought of making a full-length mass and commercial entertainer, after covid, Suryaah came to my mind. I narrated him the basic plotline of “Gangster Gangarju” and told him to develop it. He made sure the movie will have elements for masses and families.”

He’s all praises for music director Sai Kartheek who scored music for many blockbuster movies including Pataas, Supreme, Raja The Great etc. “More than the songs, the background score will be more enchanting. There will be many whistleblowing episodes in last 20 minutes.”

Laksh says he wants to do movies of different genres. He informs his next “Dheera” is going to be very different from “Gangster Gangaraju”. “It’s a raw and massy movie in city backdrop. It’s a road trip movie where I will be seen as a prisoner.”

Laksh concluded saying, “We’ll mull over making sequel for the movie, based on the response from the audience.”