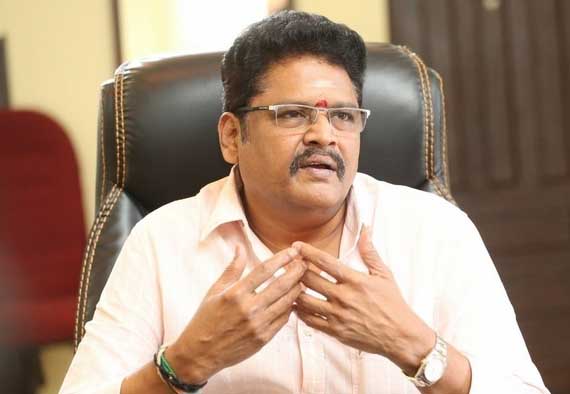 KS Ravikumar is a popular Tamil director who is best known for the films Narasimha, Dasavatharam and Lingaa. He is now coming up with Telugu film Ruler starring Balakrishna in the lead role. Both of them have earlier worked for the film Jai Simha.

Touted to be a commercial potboiler, Ruler is all set to hit the screens on the 20th of this month. Already the trailer got a good response from the audience. Sonal Chauhan and Vedhika played the female leads in this film. Director KS Ravikumar has given us an interview ahead of the interview and here are the excerpts from it.

1. Were you actually supposed to do another story with Balakrishna?

Ravikumar: Yes. I dropped that film as I was not entirely satisfied with the climax. At the same time, I heard Paruchuri Murali garu’s story and accepted to do the film. Thus, Ruler fell in place.

2. How do you select the subjects?

Ravikumar: I select subjects based on the hero I am working with. These days, I only do films with big heroes and I’m not in a stage to experiment with small budget films and lesser-known actors.

3. You ventured into acting of late. Did you act in this film as well?

Ravikumar: Yes. I did. But I edited my part off as I felt that the episode was adding up to the story. Thus, I removed it.

4. What do you admire in Balakrishna?

Ravikumar: His sincerity and concentration. I always feel that concentration is the only secret of success. I observed that most in Balakrishna garu.

5. How do you complete such big-budget films in a less span of time?

Ravikumar: I think because of my experience. I worked as an assistant director for more than 10 years. That helped me to learn what not to do rather than what to do. That experience has helped me a lot in my direction career