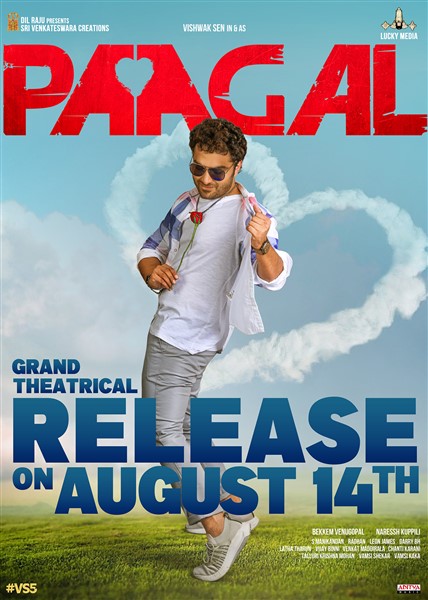 Talented young hero Vishwak Sen who has good following among youth audiences is choosing films which will appeal largely to youngsters. Paagal is his next release and buzz around the film is quite high. Latest update is the film will arrive in theatres on August 14th.

Paagal will present Vishwak Sen in his stylish best avatar and the character he played in the film will be completely different from his previous films. While songs of the movie enthused listeners, teaser hiked the prospects.

Paagal will have grand release and the makers are planning vigorous promotions as the release date is not far away.

Nivetha Pethuraj is the leading lady, while Simran Choudhary and Megha Lekha are the other heroines.

Radhan has rendered soundtracks, while S Manikandan is the cinematographer.

Ram Pothineni To Commence Shooting For RAPO19 From 12th July