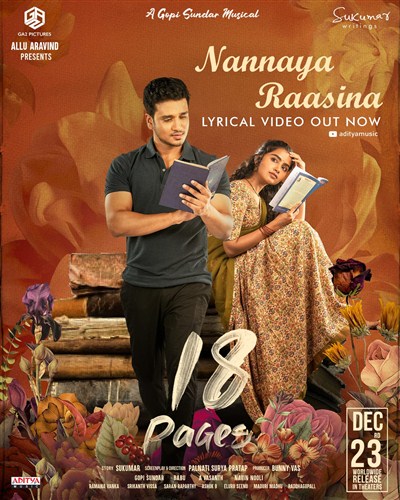 One of the most anticipated romantic films from the Geetha Arts is 18 Pages. Nikhil and Anupama Parameswaran are working together again after the recent blockbuster Karthikeya 2 and their chemistry seems just right.

Bunny Vaas from Geetha Arts-2 is producing the project while Palnati Surya Prathap who previously directed Current and Kumari 21F is handling the direction.

It is a soothing number scored by Gopi Sunder. The song depicts love and affection between two worlds through the use of letters and smartphone-related items. Nikhil looks dapper in the stylish looks and Anupama looks ethereal and natural in the simple traditional looks.

Rang De Is Pure Love Story; Bless Us With A Hit...