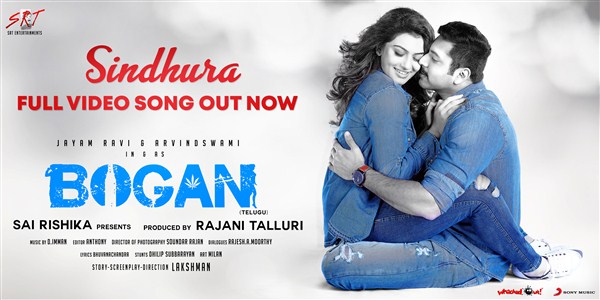 Tamil blockbuster Bogan is being released in Telugu version with same title by noted Tollywood film producer Ram Talluri, through his banner SRT Entertainments. The telugu trailer of bogan received amazing response from the audience, further to continue this buzz the movie team released the first single “sindhura” today. Speaking on the occassion producer ram talluri said, After news broke out that our banner SRT Entertainments ispresenting the Bogan movie in Telugu version, the response received from the audience was overwhelming, we received the same response for the Bogan telugu trailer too, now i and my team are expecting the same response for the sindhura song, i hope this lovely melody may get lots love from the telugu audience.