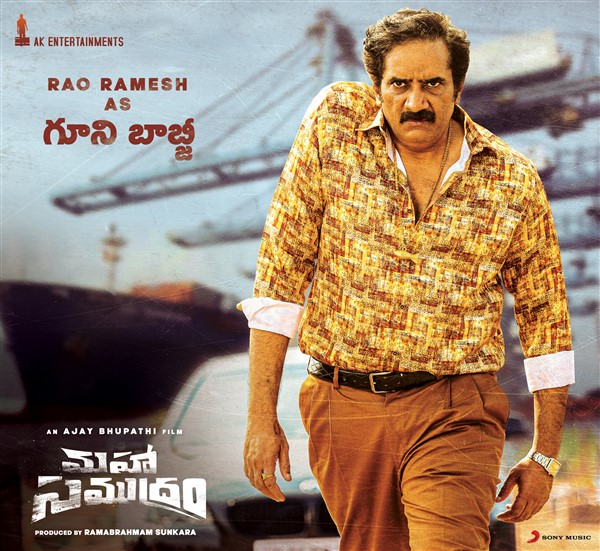 It’s character artist Rao Ramesh’s birthday today. The makers of highly anticipated film Maha Samudram, on the occasion, came up with a wonderful birthday presentation by releasing his first look poster in the film. His character is introduced as Guni Babji. He will appear with hunchback in the film, so he is called Guni Babji. It’s certain that, Rao Ramesh does full justice to the challenging role.

Director Ajay Bhupathi has been taking extreme care regarding all the aspects related to the film and he has taken special care in terms of looks of all the actors. So far, they have released first look of Sharwanand, Siddharth, Aditi Rao Hydari, Anu Emmanuel and Jagapathi Babu. Needless to say that, all the first look posters were spectacular.