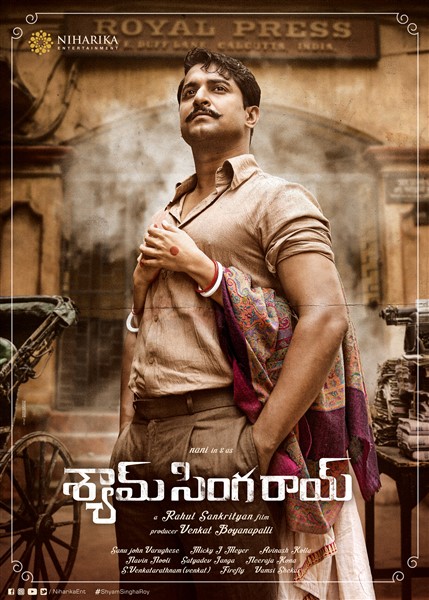 As of now, only first look poster of Natural Star Nani’s most ambitious project Shyam Singha Roy was released. However, the film is carrying enormous buzz, as the first look poster garnered lots of interest and also the team has opted for vigorous promotions much before, they began the project.

Art director Avinash Kolla has constructed a massive set depicting Kolkata in a 10-acre land in Hyderabad. Currently, the makers are canning important scenes of the film in the 6.5 crore worth set. Since, these sequences are very critical, the makers are spending huge budget. Nani is also taking part in the final shooting schedule.

Marks first collaboration of Nani and Rahul Sankrityan, Shyam Singha Roy is no less than a magnum opus, given the film is made with a unique concept and it is going to present Nani in a never seen before getup.

Shyam Singha Roy is a very special film for all the actors and technicians associated with it.

The Production No 1 of Niharika Entertainment has original story by Satyadev Janga. Melody songs specialist Mickey J Meyer is on board to compose soundtracks, while Sanu John Varghese cranks the camera. Naveen Nooli is the editor.

OMG Daddy’ from ‘Ala Vaikunthapurramlo’ out now