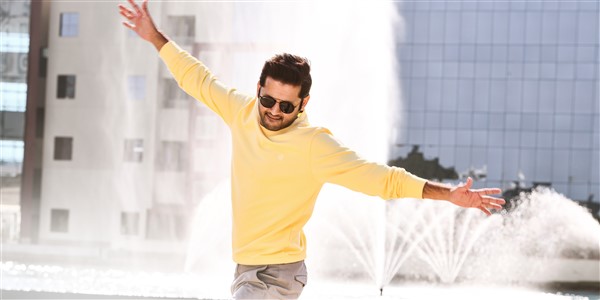 Super Star Mahesh Babu has released Nithiin and Keerthy Suresh’s ‘Rang De’ movie’s third song via his twitter handle today. He also congratulated the whole unit and wished the team all the best.
“Here’s the lyrical video of Naa Kanulu Yepudu from #RangDe! Rockstar @ThisIsDSP and @sidsriram… amazing as always! “👍

The two songs that were recently released from the movie ‘Rang De’ were instant hits among both music lovers and movie enthusiasts. One more song from the movie has been released today in the form of a lyrical video. This song is claimed to be very pivotal for the movie.

Song details–
The lyrics have been penned by Srimani and Sid Sriram lends his beautiful voice for the song. Rockstar Dsp has composed the music and has once again proved as to why he is the leading music director in the industry. Venky Atluri’s direction takes the the song to an unparalleled level in the movie. Youth Star Nithiin stars predominantly in the song while the song also features other important characters in the movie as well. Director Venky Atluri has claimed that this song on the silver screen would be one of the highlights of the movie.

On the occasion of ‘Rang De‘ releasing on March 26th the promotions and the related events have been ramped up the the team. Director Venky Atluri expressed that this movie can be enjoyed by the whole family together. Youth Star ‘Nithiin’ and leading actress ‘Keerthy Suresh’s combination on the silver screen promises to be enthralling and mesmerizing going by the photos, posters, videos and songs that have been released so far.

Pawan Kalyan is swag-personified in the Lala Bheemla video promo of...