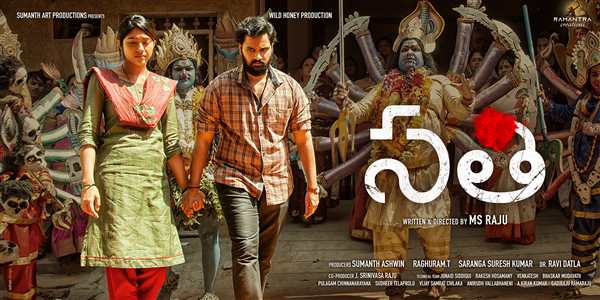 Known for his industry hits and All-time Blockbusters, renowned producer MS Raju has been exploring his interest into direction.

While his latest film 7 Days 6 Nights is ready for release, he has announced another interesting flick titled ‘Sathi’ on a roll.

The first look of this film Starring Sumanth Ashwin & Meher Chahal as the leads released today on the occasion of M.S.Raju’s birthday and received positive response.

‘Sathi’ is said to have a thrilling story written around the newly married couple and expected to standout as one of MS Raju’s proud directional venture.

As the shoot is commencing at brisk pace, Sr. Actor Dr. Naresh will be seen in a special role along with other talented & renowned cast playing major roles.