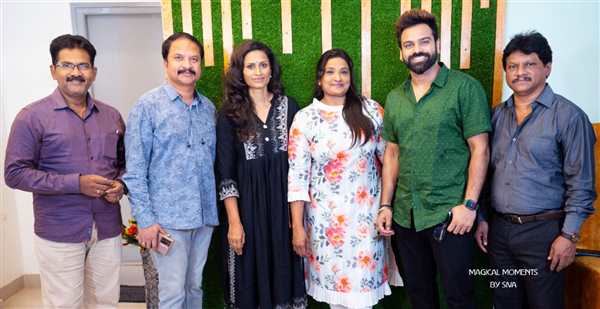 The reason for the Telugu people the songs means Balu and the words means Balu as much as they want is the journey of his film songs of almost 50 years. June 4 is the Balu Garu’s birthday. To celebrate his birthday, the Cine Musicians’ Union will hold a song concert with about 100 film musicians at Rabindra Bharati titled “Baluki Prematho”.

Speaking on the occasion, RP Patnaik, Honorary President of the Cine Musicians’ Union, said, “Balu Garu is the lifeblood of all of us. The man who gave life to all of us. We’re celebrating his birthday on June 4th with a 12 hour music session from 10 a.m. to 10 p.m. We all feel honored to remember that great man with a song concert. ”

Vijayalakshmi, President, Cine Musicians’ Union, said, “Our Film Music Union, which has a history of 30 years, has over 1500 members. Our Union is a pioneer for musicians who are new to Singers. We say that if we have assistance members from our organization, we will give them full support and wherever they work in film, TV, OTT etc. In addition to aging artists in pandemic, we want to finance a number of people at risk through our union. Balu Garu are our deity. He organized a fundraising event for our union members in 2019. Balu garu who made that wonderful program an eye-opener and were the pioneers for all of us and stood behind us. Unfortunately we lost him. Then it is clear to us that we was not even properly paid tribute for him. As Union Representatives, I, Vice President Jaipal Raju, Secretary Ramachari, Joint Secretary Madhavi Ravuri and Treasurer Ramana Seelam are celebrating his birthday on June 4 by representing the 1500 members of our Union with the

CMU Treasurer Ramana Seelam said, “Our Balu Garu is the one who signed the Telugu song. We never thought they would not. We hope he stays with us and guides us. So we’re making their birthday a big celebration. Special thanks to CM KCR and Telangana State Minister for Language and Culture Srinivas Goud for giving us the opportunity to celebrate such a big festival.

Vice President Jaipal Raju said, “I have been a musician on the Balu Garu’s team for almost 25 years. Has a very close relationship with him. “I want you to have fun and bless us and our union by participating in the” Baluki Prematho “program.”

Indian Idol Singer Sri Ramachandra says – “Balu Garu is the inspiration for all our generation of singers. I have had the opportunity to sing with him many times. Let us all celebrate him on June 4th. From now on, I will always do my part to help our union. ”
Singer Kousalya says- “We are going to provide vocals to the Balu garu for almost 12 hours with the participation of over a hundred singers. “I sincerely hope that you all will participate and make the” Baluki Prematho ” program a success.”

Samantha’s next under Sridevi Movies, ‘Yashoda’ to release on August 12th.

Samantha’s Yashoda shoot wrapped up, except a song!!