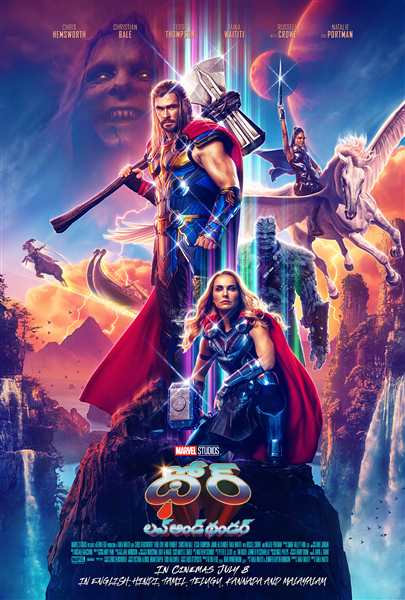 The fans have spoken and Marvel has heard you! Due to unprecedented demand and love from fans, Thor: Love and Thunder is here with yet another massive news for India.

A MARVEL JACKPOT! DOUBLE THE GOOD NEWS & TWICE THE THUNDER!

Apart from releasing in India a day before the US, Marvel Studios’ Thor: Love and Thunder will also have shows running 96 hours straight for 4 days starting 7 July! The movie will run across select theatres DAY & NIGHT for 4 days i.e., 96 hours continuously, starting 12:15 AM on July 7 to 23:59 on July 10!

So, gear up for the biggest MCU blockbuster this year with Marvel Studios’ big ticket cosmic adventure ‘Thor: Love and Thunder’ releasing in the Indian theatres on July 7.

Marvel Studios’ Thor: Love and Thunder will release in India on 7th July (a day before US release) in 6 languages English, Hindi, Tamil, Telugu, Malayalam and Kannada.

I take the comparisons with Trivikram as a compliment: writer Ganesh...