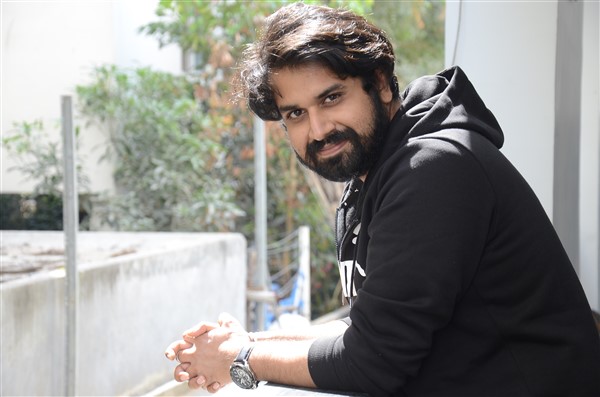 Director Vimal Krishna after a short streak of acting in films such as Jersey and Bommala Ramaram wielded the megaphone for his directorial debut, DJ Tillu. The movie has a lineup of wonderful actors including Siddhu, Neha Shetty, Prince Cecil, Brahmaji, among others, and is slated for a Pre-Valentine’s Day release on February 12.

Here are the excerpts from Vimal Krishna’s interaction with media.

On the idea of DJ Tillu

I stumbled upon this idea in 2019 and then shared it with Siddhu who got excited after listening to it. Then we developed the script together and lockdown happened. We used that phase to our advantage and we designed each character and scene to perfection. Thanks to everything, the scripting process happened organically and now we are excited for the film.

I have a bank of scripts but the one that excited me the most is DJ Tillu. Also, my intention was to create a lot of impact with my first film and DJ Tillu has all the right does of ingredients and gave me a lot of scope to explore and experiment.

On choosing Siddhu for the lead role

I knew Siddhu since 2012. I know his body language, the emotions he can portray well and the way he thinks through. So, in all aspects, Siddhu is the apt fit for DJ Tillu. When I got this idea, I felt Siddhu can do complete justice to the character.

On becoming a director after a shot at acting

I acted in Jersey and Bommala Ramaram as they are directed by my friends, and I did most of the work on the sets as well. I was involved in the Production and part of the direction department. I always wanted to be a storyteller and don the hat that give a wide reach to my stories. So, direction was bound to happen and when I was doing short films, I always wanted to be off screen.

On collaborating with Siddhu on the script

Our functioning is similar, we laugh at the crazy and weird stuff, and play devil’s advocate to each other. Siddhu is very talkative and he talks a lot during the script discussions and I used to grab something fruitful to be included in our film from those conversations. Siddhu and I have the same grasp for sarcasm. We watch movies with a similar thinking, comedy aspects and commercial viability. I knew Siddhu since a long time, and our contributions are balanced. If I feel something doesn’t work out, we move from that topic. We used logical reasoning to ease out any difference and the process happened smoothly.

On the inspiration behind DJ Tillu

In our society, the way we look at women always hurts me. The trailer has many men after a woman, and I want to tap that perspective alongside add entertainment to it. We must grab someone’s attention and I experimented there. There is also a tacit message in the film.

Does the movie talks about a sensitive issue?

It won’t be too sensitive. Tillu’s character reacts to everything in the film, and anyone can be right from his/her perspective. There is nothing judgemental or deep thinking involved here. This is a fictional narrative with strong content.

On plugging some intimate scenes in the film

Based on the trailer and intimate scenes, you can’t label it as an adult comedy. They are relevant to the film, and nothing is force fitted. Once you watch the film, you will know the relevance of the scenes. As I told earlier, I believe in building scenes organically rather than planting them for thrills. I believe in making films that should not hurt the feelings of anyone. I have a limit and a balance which I can’t cross.

Are you inspired from DJs?

During my early days in Hyderabad, I interacted with a lot of DJs and was bowled by the conversations, their body language and attitude. I thought of using these characters when I make a film, and now the protagonist is a DJ. This worked big time for the film and Siddhu took it to next level with his portrayal.

DJ Tillu, the first choice for the title?

On working in direction department before the debut

I worked for Ravikanth Perupu, director of Kshanam. We were classmates. He got me into the industry. I worked for the previous films of Siddhu.

At the shoot location, there were many challenges, but I faced them with a smile. I wanted to lead a team since childhood and was a captain in cricket as well. I never got carried away with challenges and ensured they didn’t affect the end product as I can’t compromise on the quality. When an actor drops out of a day’s shoot, it should not affect the end product. So I had my checks and measures to avoid any unforeseen occurrences.

Trivikram sir was very helpful with his inputs for the script. We noted them, analysed later and them incorporated most of them. He used to share a lot of experiences during discussions and those were really insightful.

On Allu Arjun reference in the film

DJ Tillu feels he is a big celebrity and gives himself humongous hype. There are Mahesh babu, Allu Arjun, and Arjit Singh references in the film to ride the wave of his popularity.

In a scene there is a metaphorical reference to Radhika Apte as per her performance, but nothing related to the actual star.

Voice over with actors, producers and the director

All of us gave a voice over for the much-needed impact. These things have a lot of reach and we wanted to take our film to next level with this gesture.

On the support received from Sitara Entertainments

I am debutant director but never felt that while working for Sitara Entertainments. Vamshi garu gave me full support. Chinnababu garu also extended the helping hand when needed. Another film might happen with Sitara but we haven’t started the formal discussion.

What are your strengths?

I like Guy Ritchie films a lot. They are whacky and I liked such things in my films. I love action thrillers.

On his admiration towards actors and directors

I put director Rajamouli at the highest point for the way he weaves different commercial elements in his stories. I grew up watching Pawan Kalyan’s films at Jagadamba theatre, Vizag. When I watched the star at Bheemla Nayak shoot that was a memorable experience for me.

On the trending songs of DJ Tillu

Happy to see that all the songs from the film are trending. In weddings and other functions, there will be many foot tapping numbers and I wanted my film songs to get there one day. Recently, when I went home at 2 am after the day’s work, I could hear people dancing to DJ Tillu’s songs during the Sankranti festivities.

On the trailer becoming an instant hit with the youth

DJ Tillu is a character who can be seen in everyone. He is expressive, he shows off, he has his way out with things. This character echoes with many people. I also thought this guy is more like me, but you he is more like Siddhu.

Any resistance from family

I studied B.Tech in Vizag and during the middle of my course my family shifted to Hyderabad. Once I landed in Hyderabad, I straight away jumped into films. My father had a fascination for films and long back he left home to meet Superstar Krishna in Madras. He stayed there for 2-3 months and then he was brought back home. As he is a lover of cinema, there was no resistance from anyone in the family to pursue my dreams.

The song presents a new avatar of Siddhu – the singer. Composed by Sricharan Pakala and penned by Ravikanth Perepu, the song tugs at your heartstrings with Siddhu’s mesmerizing rendition. This is a perfect gift for Siddhu and music lovers on his birthday.