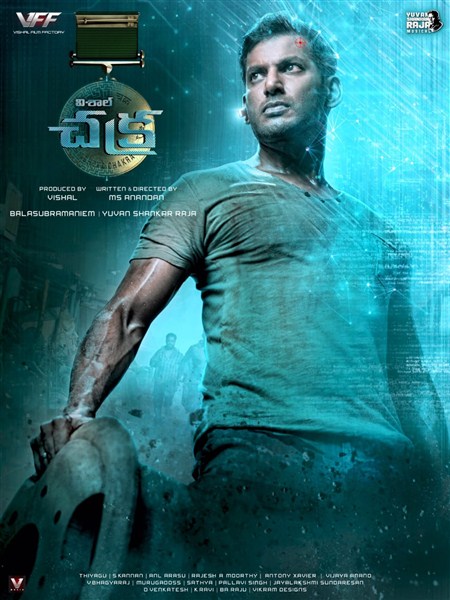 Hero, Producer Vishal said, ” The first look and Glimpse of Trailer of Chakra recieved very good response. I am excited to release the trailer simultaneously in 4 languages this Saturday.” Chakra is an intriguing tale of cyber crime and bank robbery like Superhit ‘Abhimanyudu’ with rich technical values and an engaging plot.