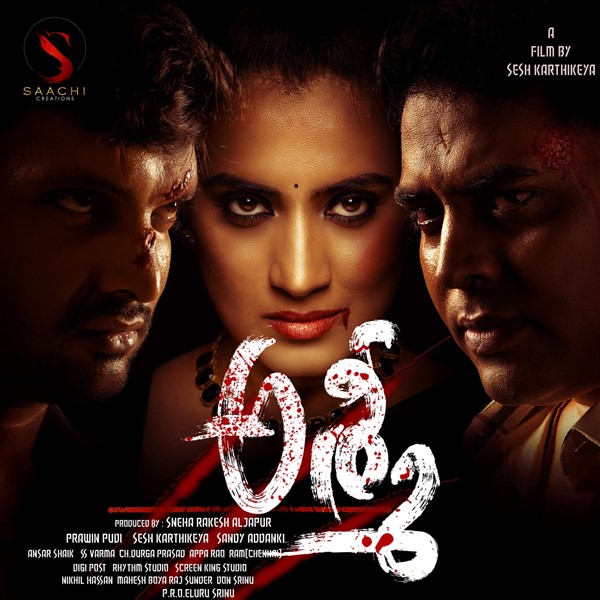 Story:
Asmee (Rushika Raj) is tortured for years and was captured in a room. She was tortured physically and mentally. As soon as she came out, she believes that Rajesh Mishra (Keshav Deepak) is the person behind it and kills him. Later, she comes to know about Siva (Raja Narendra) who is also a part of it. What happens then? What did she do? How did it end? Forms the film’s story.

Performances:
Rushika Raj played the female role and she did a good job in her role. Since it is a female-oriented film, her performance has impressed everyone big time. In the film, there are multiple elements that came out well. Especially, the actress portrayed the elements of pain, trauma, and emotional outbursts. Raja Narendra and Keshav Deepak also performed well in their supporting roles. The concept is pretty good and pretty well written for the most part. The rest of the cast played their parts well.

Technical Aspects:
The film’s background music is impressive, as is the camera work for the film. When it comes to the film’s director, he has penned a very good story but he succeeded to create much suspense. The camera work is certainly good and the visuals look grand. The editing is clean. The production values of the film are rich.

Verdict:
Because the story was good, the director had a good chance of improving the scene, and he did it extremely well. The crisis kidnapping scene didn’t drag on by any means and it is one of the major highlights of the film. The climax of this film is smooth and well processed by the director. On the whole, Asmee is a sensitive subject film and a solid performance from Rushika Raj makes the film very interesting. The story is interesting and there are many interesting elements in it.