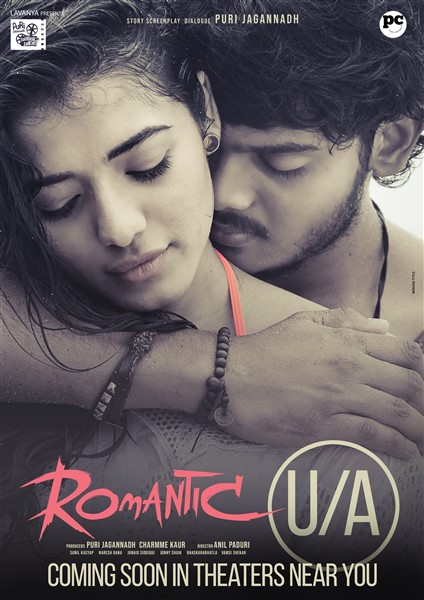 Star director Puri Jagannadh has provided story, screenplay and dialogues for his son Akash Puri’s next outing Romantic being helmed by his protégé Anil Paduri. Puri Jagannadh is also producing the film in association with Charmme Kaur under Puri Jagannadh Touring Talkies and Puri Connects banners.

Meanwhile, the film’s censor formalities have been completed and it gets U/A certificate and no cuts were suggested by the censor sleuths. The poster shows Akash cuddling Ketika Sharma from behind and it justifies the title of the movie. The film will be coming soon in theatres, announced the makers.

Starring Ramya Krishna in an important role, Romantic is billed to be an intense romantic entertainer. Sunil Kashyap scores music for the film, while Naresh handles the cinematography.

Songs of the film got tremendous response and all the posters created lots of buzz on social media platforms.

Samantha’s next under Sridevi Movies, Yashoda First Schedule wrapped up.