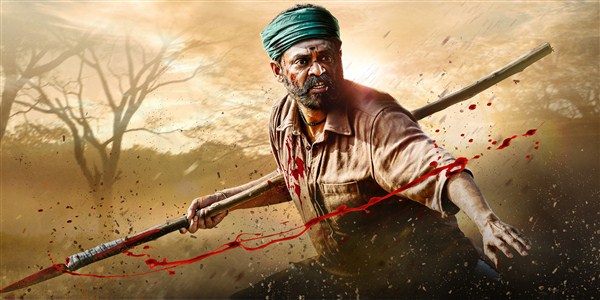 Venkatesh who has made Victory as his first name is currently doing ‘Narappa’ in the Direction of Sreekanth Addala, who is known for delivering heart touching feel-good films. Star Producer Suresh Babu and Kalaippuli S Thanu are Producing Bigbudgeted ‘Naarappa’ under Suresh Productions Pvt Ltd and V Creations banners. National Award Winning Actress Priyamani who is always a front runner for doing different kinds of roles is playing Sundaramma in this film. She will be remembered for a long time for her role in this film. The film has completed 60 days of its shoot at a rapid pace even before the lockdown. The team has resumed the shoot in Hyderabad surroundings taking necessary precautions. On this occasion.

Producers Suresh Babu, Kalaippuli S. Thanu said, ” We started the shoot of ‘Naarappa’ at Paaltur village in Uravakonda at Anantapur District and shot key action sequence at Kurumalai and in Therikaadu Red Desert near Thirichendur in Tamil Nadu. The shoot has been stalled in the wake of Corona Pandemic and we have resumed the shoot recently at Hyderabad taking all precautionary measures. We are currently filming crucial scenes and climax involving Priyamani, Rao Ramesh, Rajeev Kanakala, and other principal casts. With this ongoing schedule, 80% of the shoot will be completed. By completing the remaining flashback sequences, we will bring the film to the audience very soon.”