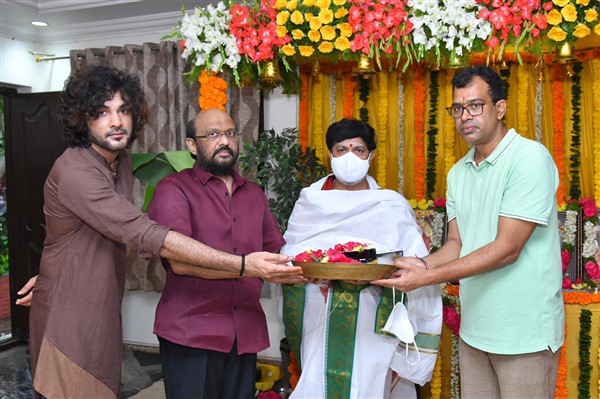 * Introducing Shourie Chandrashekhar T. RAMESH as the director.
* The inauguration ceremony started at the production office at 9.09 Am

Sithara production, which is not only known for producing a series of movies but for its making of a diversified set of films, launched the starting of its new movie ( Production No. 9).

The star director Trivikram started the film with the clap at the Puja. The head of the ‘Harika and Hassine creations, S.Radhakrishna (Chinababu)handed the script to the film director. With Siddhu Jonnalagadda playing as the lead actor in the film, Tamil actor Arjun Das will play a significant role. It is his first time in the Telugu industry. This film is introducing Shourie Chandrasekhar T.Ramesh as the director.

The movie is a love story set in a village background. The movie director has made it clear that the story will touch on various sensitive aspects of Love.

The movie, which began its Puja ceremony at the office today, will start its regular shooting in August. The other characters in the film will be announced soon.