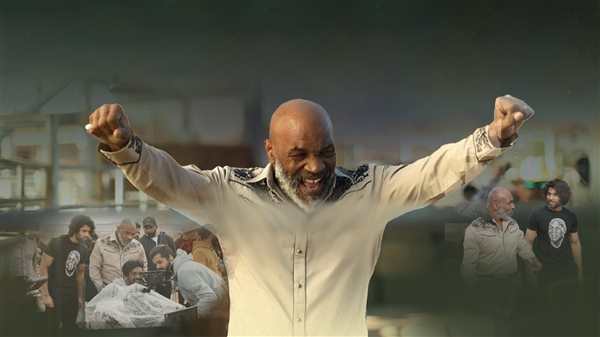 Starting from Karan Johar, Vijay Deverakonda, Charmme Kaur, Vishnu, Ananya Pandey and Puri Jagannadh wished Tyson on his birthday. What’s more, we also get to see the making visuals of the film’s USA schedule. As is known, the scenes of Mike Tyson were filmed in the USA.

Mike Tyson’s simplicity and his humble attitude is observable in the video where he is seen chilling out with the entire team. He indeed warmly hugged and then kissed Vijay on his cheeks. This shows the kind of rapport Mike shared with Vijay and others.

Ananya Pandey will be seen as the leading lady opposite Vijay Deverakonda. In association with Puri connects, the film is being produced jointly by Bollywood’s leading production house Dharma Productions. Puri Jagannadh, Charmme Kaur, Karan Johar and Apoorva Mehta together are bankrolling the film on a grand scale.

Vishnu Sarma is the cinematographer, while Kecha from Thailand is the stunt director.

Liger is currently in post-production phase. Being made in Hindi, Telugu, Tamil, Kannada and Malayalam languages, the Pan India Movie is scheduled for release in theatres worldwide on 25th August, 2022.