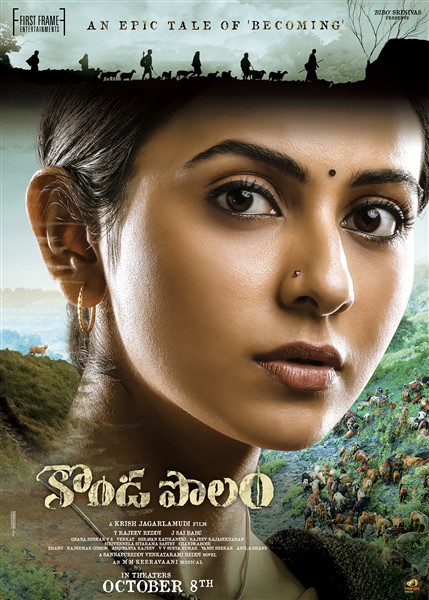 A small glimpse from a song shows Vaishnav Tej hugging Rakul Preet Singh affectionately from behind in forest and their pairing looks fresh on screen. Rakul who has got a meaty role appears as a village belle in half saree. MM Keeravani does the magic again with his music.

The Production No 8 of First Frame Entertainments is billed to be a spectacular adventurous film, adapted from the novel written by Sannapureddy Venkata Rami Reddy. Master lensman Gnana Shekar VS is the cinematographer.

Saibabu Jagarlamudi and Rajeev Reddy are producing Kondapolam presented by Bibo Srinivas. The film will also feature some prominent actors.

An Epic Tale Of ‘Becoming’ is the tagline of Kondapolam which will release on October 8th.