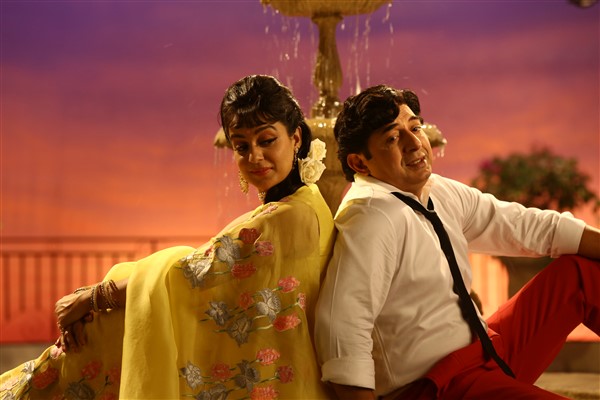 Thalaivii starring Kangana Ranaut is billed as one of the most anticipated films of the year generating immense excitement to witness the journey of legendary actress and politician J Jayalalithaa’s life through the various stages. From her struggles in the film world to the rise of her stardom as well as her battle through the political hurdles and ultimately emerging as the fierce leader who changed the shape of Tamil Nadu politics.

Directed by AL Vijay, the film’s trailer presented all the crucial incidents in Jayalalithaa’s life and it got immense response from all the sections. Meanwhile, the makers have announced release date of the film through a poster. Thalaivii will arrive in cinemas on 10th September. The poster shows MGR and Jayalalithaa’s romance in an old classic and also a moment, after MGR entering politics.

The film has been produced by Vishnu Vardhan Induri and Shailesh R Singh and Co-produced by Hitesh Thakkar and Thirumal Reddy, with music on T-Series. Thalaivii will release worldwide in Hindi, Tamil and Telugu by Zee Studios.