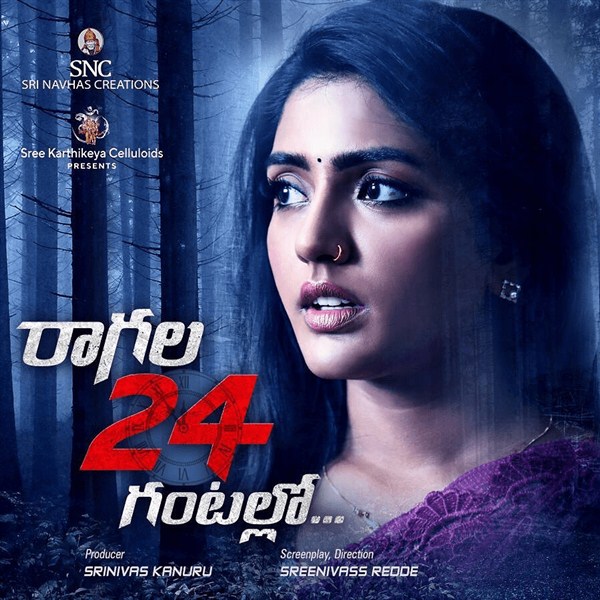 Story:
Eesha Rebba falls in love with Satyadev and their relationship takes to wedding route. Both get married to one another and starts living together. As they lead a simple and happy life together, things turn upside down when Satyadev starts behaving weird and it accidentally result in Eesha involving in Satyadev’s murder. Who killed Satyadev? What is the motive behind the murder? What happens in the end? Forms the story of the movie.

Performances:
The performances are too good in the movie. Eesha Rebba stole the show and she carried the film on her shoulders. She is too good in the film and has got the charm to keep the audiences hooked to the movie. She played a different role for the first time in her career and has slayed it perfectly. On the other side, Satyadev is nice too. The actor is good as a support to Eesha and the chemistry between them came out well. The other actor Sriram who is popular for his good looks continued the same in the film and impressed all. Ganesh Venkatraman is nice in his character. The rest of the cast made their presence felt.

Technical Aspects:
The film has got a good technical team and everyone did their best. The cinematographer is too good with his work. His visuals are just amazing and he has come up with good lighting. The editing by Tammi Raju is okay and it could have been better with the scene transitions. The music by Kunche Raghu is impressive and he also provided some thumping background score for the movie. The VFX work is appreciable for the film and Srinivas Redde co-ordinated with everyone perfectly to come up with a quality output. The production values are grand.

Verdict:
The movie started off on ab interesting note and it has a lot of twists and turns in an unexpected way. The markers, on one side, tried to tell the romantic Track of the lead actors and also maintained a suspense on the twists and turns. The actors performed well in the movie and have given their best. The director came up with an intriguing tale that deals with an interesting subject in many ways. It’s good to see both the actors giving their best and them getting a support from the character artists. Except for some dull and boring scenes, the movie impresses you.