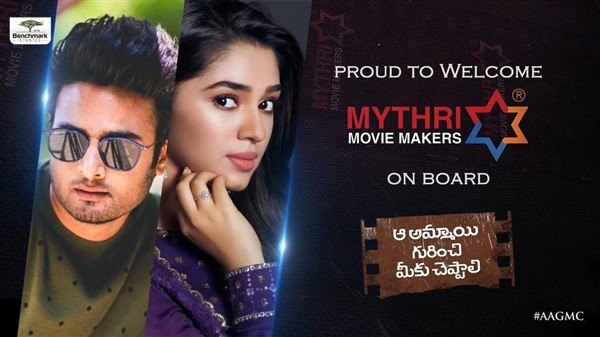 Benchmark Studios is proud to welcome Tollywood’s leading production house Mythri Movie Makers on board for Aa Ammayi Gurinchi Meeku Cheppali which is tipped to be a romantic entertainer with a wonderful love story. The film is already carrying good buzz for the successful combination and appealing title. Now, Mythri Movie Makers being part of the project will be a big advantage for it.

The makers have also announced to release first look poster of the movie soon.

Avasarala Srinivas, Vennela Kishore, Rahul Ramakrishna, Srikanth Iyengar and Kalyani Natarajan are the other prominent cast in the film.