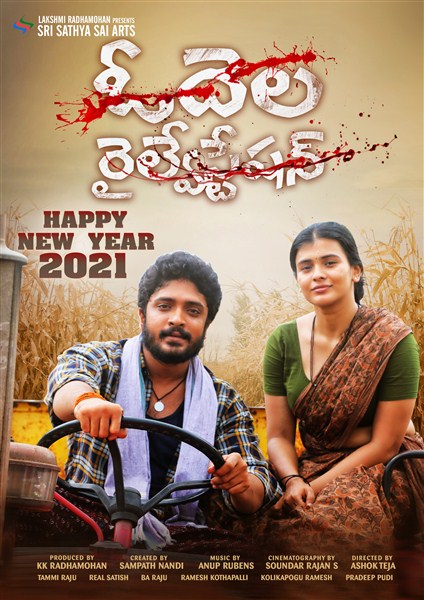 Different crime thriller ‘Odela RailwayStation’ is Presented by Smt Lakshmi Radhamohan and bankrolled by Hit films producer KK RadhaMohan in Sri Sathya Sai Arts banner. Popular Director Sampath Nandi is providing Story, Screenplay, and Dialogues for this film. Ashok Teja is debuting as a Director with this film. Recently released looks from the film have received superb response. The Team has released a brand new poster wishing Happy New Year. The New Year Poster featuring Hero Vasishta Simha and Heroine Hebah Patel riding a tractor looks very natural. The poster is getting very good response. This film is made as a different crime thriller with a realistic approach as it is based on incidents that happened in a village named ‘Odela’.

TRS To Contest In Maharashtra Polls?