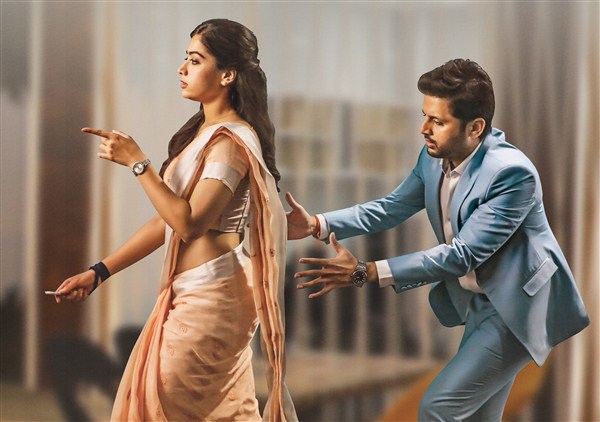 Nithiin & Rashmika Mandanna starrer “Bheeshma” film, written & directed by Venky Kudumula, Produced by Suryadevara Naga Vamsi under Sithara Entertainments has released the film’s first look posters on the occasion of Diwali. Released both the posters are receiving good response from the audience’s. Currently the team is busy shooting key episodes in and around Rajamundry.

Producer Suryadevara Naga Vamsi said “We are planning to release Bheeshma in February, 2020” Speaking about the film, Director Venky Kudumula said “we are very happy and excited with the response we are getting for the first look posters. We are treating Story, Screenplay, Scenes, Dialogues in a unique manner. Audience will get connected to Nithiin & Rashmika character instantly. This film is a romantic entertainer with lots of fun elements.”

Game of thrones actor gets affected by Corona Virus