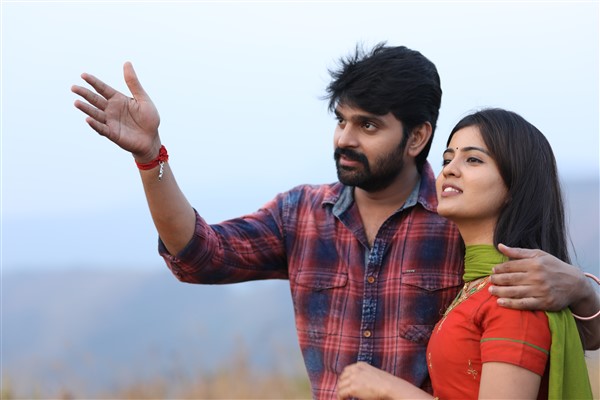 Young and promising hero Sree Vishnu is coming up with his action entertainer Arjuna Phalguna being produced by Tollywood’s popular production house Matinee Entertainment which is known for making different genre films and also for promoting their movies vigorously. Arjuna Phalguna will be coming to entertain us in theatres from 31st of this month.

Priyadarshan Balasubramanian has rendered soundtracks and lyrical video of Oka Theeyani Maatatho song from the film is out. Oka Theeyani Maatatho is a soulful romantic melody where Sree Vishnu expresses his happiness of being in relationship with Amritha Aiyer, while the latter too is in ecstasy. The lyrics of the song were penned by Chaitanya Prasad. Shashwat Singh and Shreya Iyer sung the song vividly. Visually, the song looks nice and lovely.

Story and screenplay for the film is by director Teja Marni himself, while dialogues are provided by Sudheer Varma P. Jagadeesh Cheekati is the cinematographer. Niranjan Reddy and Anvesh Reddy are bankrolling the project, while N M Pasha is the co-producer.