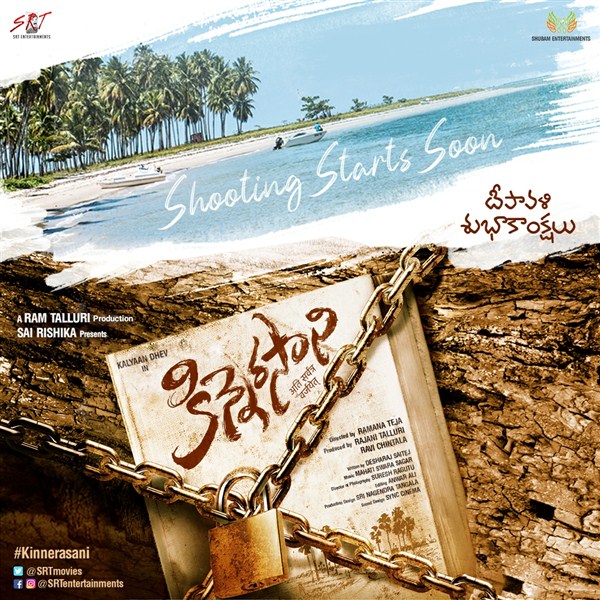 SRT Entertainments production No 6 was formally launched a couple of days ago with a Pooja ceremony. The film has happening hero Kalyaan Dhev in the lead role and Aswathama fame Ramana Teja is at the helm. On the auspicious occasion of Diwali, the makers have announced the title of the film today. This highly exciting film has been titled Kinnerasaani. The title announcement poster catches the attention as we see a tightly secured book with the title imprinted on it. This film will be bankrolled by SRT Entertainments and Subham Entertainments. Sai Rashika will be presenting this film while Rajani Talluri, and Ravi Chintala will be producing it. Kalyaan Dhev made his debut with content-driven film, Vijetha and will he will be playing a mass role this time around. Desharaj Saitej, who previously worked on Kalki is providing the story for this film. Noted music composer Mahati Swara Sagar who scored musical blockbusters like Chalo and Bheeshma will score the music for this Kalyaan Dhev starrer. Pre-production works are in full swing presently and the shooting will commence soon.