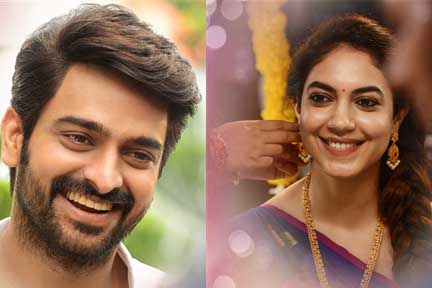 * Video has been released on finalizing the name of the movie

Upon hearing this it felt like a similar ad in the magazine of the ‘bride”s parents searching for a suitable ‘groom’ for their daughter. But this is the name of the movie. What you heard is true.

Introducing ‘Lakshmi Sowjanya’ as the director for the upcoming film named as Varudu Kaavalenu’. By now an official announcement has been made and an impressively beautiful video has been released.In this video the hero ‘Naga Shaurya’ and heroine ‘Ritu Varma’ looks so beautiful. The background music provided by Vishal Chandrashekar added even more vanity to this movie. The director and producer of the film have expressed the belief that the name ‘Varudu Kaavalenu’ is completely appropriate for the story of the film.

The film is currently shooting in Hyderabad. Scenes are being shot with the film’s hero and heroine as well as the main cast. On behalf of the film unit, Diwali wishes were extended to the audience and the media.