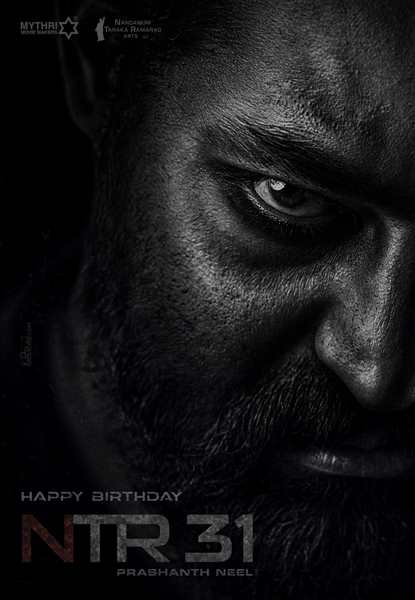 The shoot begins from April 2023

After riding high on the success of RRR and KGF Chapter 2, NTR Jr and Prashanth Neel (respectively) are teaming up for NTR31 produced by Mythri Movie Makers & NTR Arts. On the occasion of NTR Jr’s birthday, the makers of the film unveil its first poster.

From movie buffs to film critics, people across the globe continue to heap praises and shower love on RRR and the KGF franchise. As both the films won hearts and broke worldwide box office records, it shouldn’t be surprising that the audiences now have their eyes trained on NTR31 and are eagerly waiting for the film to hit floors.

While NTR is the man of the masses, Prashant Neel is the filmmaker of the masses. This dynamic duo makes NTR31 one of the most exciting (upcoming) pan-India films.

Speaking about the juggernaut project, Prashanth Neel shared, “This is an idea that originated in my head 20 years ago, but the magnitude and scale of the movie held me back. Finally the stage is set today to make my dream project with my dream hero.”