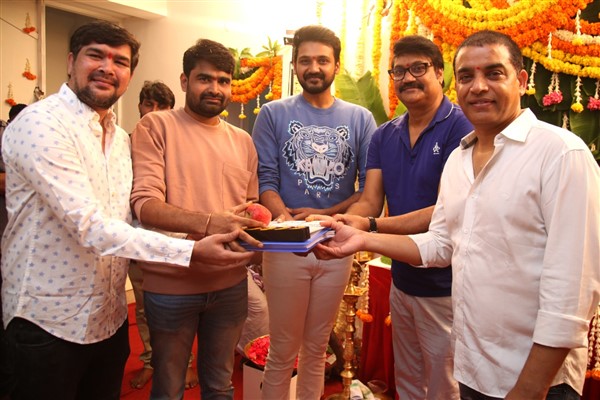 ‘Naandhi’ Satish Varma who proved to be a tasteful producer with his maiden production venture which was a commercial hit will be producing the yet to be titled flick on SV2 Entertainment as Production No 2.

Director Teja’s protégé Rakesh Uppalapati is making his debut as director and he has also penned screenplay for the film. Writer Krishna Chaitanya has penned a new age thriller story, besides providing dialogues and lyrics.

The film has been launched today with a formal pooja ceremony. For the muhurtham shot, Allari Naresh switched on the camera, while Dil Raju sounded the clapboard. The film’s regular shoot will commence from next month.

Mahati Swara Sagar scores music, while Anith is the cinematographer and Chota K Prasad is the editor.

Like his brother, Ganesh Bellamkonda has also been choosing different genre films in very early stages of his career.

Jagan Calls for a Crucial Meeting