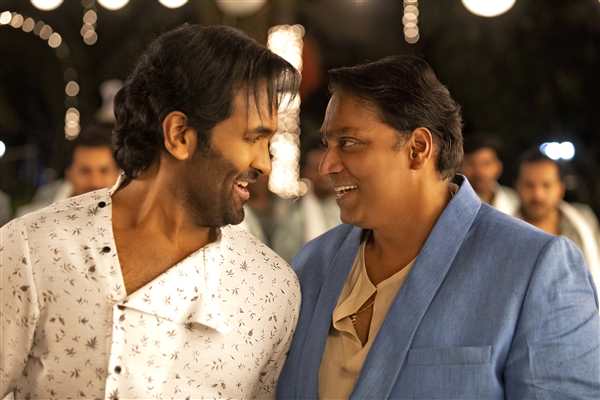 Vishnu Manchu’s upcoming film ‘Ginna’, which is being directed by Eeshaan Surya, has caught the attention of movie buffs since its inception. Like all his films, Vishnu has roped the best cast and crew for this movie.

Now, one of the top choreographers of India, Ganesh Acharya has become a part of Ginna. The star dance master, who choreographed for a variety of films in Bollywood, has composed a party number for Vishnu starrer, which is set against an engagement backdrop. Not just crafting it, Ganesh Acharya even shook his leg in the song, as he has a long association with Vishnu Manchu.

A top choreographer like Ganesh Acharya’s inclusion in this project is sure to add more strength to this highly anticipated film. The song is shot on the lead pair Vishnu Manchu, Payal Rajput and Sunny Leone along with the supporting cast – Vennala Kishore, Chammak Chandra, Raghu Babu, among others.

It is worthy to mention that Prem Rakshith, who choreographed the Naatu Naatu song for RRR, is also part of Ginna as he composed an energetic dance number on the lead pair. Anup Rubens is composing the music.