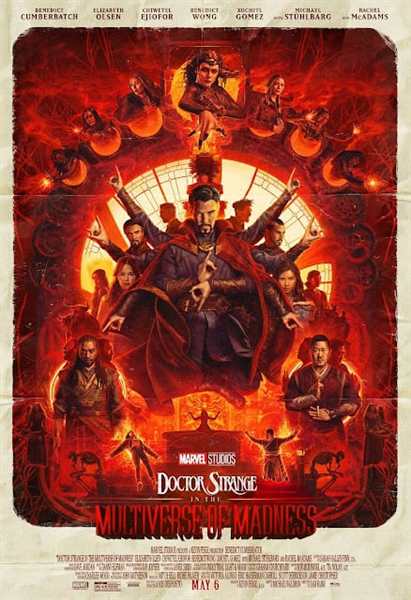 Sam Raimi is one of few directors in Hollywood who can handle every facet of filmmaking. His Spiderman trilogy is one of the biggest and earliest superhero films that changed the face of Marvel Studios. After fifteen years, Raimi joined hands with Marvel Studios one more time. This time to handle Doctor Strange.

Sam Raimi directed “Doctor Strange in Multiverse of Madness”. Let us find out how he handled one of the most complex characters in Marvel Superheros.

The story begins with a dream where Stephen tries to get the “Book of Vishanti” with a girl who has the powers to travel across the multiverse. During that process, he had to take her powers, even then, he couldnot save himself. He wakes up from the dream, and he sees the same girl being chased by a monster. He saves her and came to know her story, why that single-eyed octopus monster tried to kidnap her, who sent that monster etc, etc,

So, Wanda tries to use Chavez to go to a universe and the story revolves around how Stephen stops and saves this girl from Wanda.

Analysis:
Doctor Strange in Multiverse of Madness is the roller coaster of sorcery and witchcraft, it feels so stange to experiance some scenes and what Wanda does to get what she wants.

Sam Raimi loves scars. We can feel his “Evil Dead”, “Darkman” sort of references here and there in the movie.

Excepet for America Chavez no new charecters are introduced. Unlike Ragnarock, this film stick with known charecters and a simple story.

Apart from visual extravaganza, emotional drive which makes everyone to connect with the antogonist seems solid. Wanda’s charecter and her desire, the way Raimi potrayed it on the screen makes this film unique from other Marvel films.