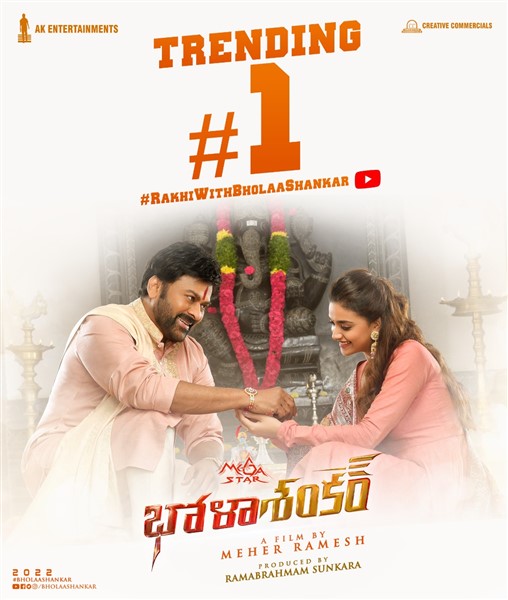 Megastar Chiranjeevi, Meher Ramesh, AK Entertainments film, Bholaa Shankar has taken the social media by a storm. On the occasion of Chiranjeevi’s Birthday today, the film’s title has been announced with the Motion Poster released this morning by Superstar Mahesh Babu.

The motion poster has clicked instantly with fans and the audience and has become viral on social media. The hashtag #BholaaShankar is trending on Twitter and the motion poster is on the trending charts on YouTube at Number One Position. It has now created a sensational record on Twitter by becoming the first and fastest One Million views for a Title announcement video on Twitter.

The team also released a Rakshabandhan Special Video introducing Keerthy Suresh in the sister role for the Megastar. The wonderful relationship between them has caught everyone’s attention and the video has gone viral as well. With back to back updates, Bholaa Shankar team has made this Birthday of Chiranjeevi memorable for fans.

Prabhas really excited about the story when i first narrated