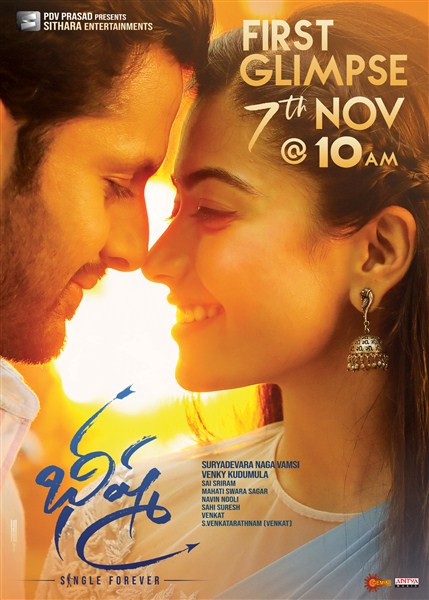 Nithiin’s Bheeshma is currently progressing at a rapid pace. The film unit announced that they are going to come up with the First Glimpse on 7th of this month.

Announcing the same, the makers told, “We have our first glimpse ready to take you into the world of our main leads. #BheeshmaFirstGlimpse will release at 10:00 AM on 7th Nov. Be there to welcome them!”

Music director of the film is Mahati Swara Sagar. The D.O.P of the movie is Sai sriram. The Art director of this project is Sahi suresh and the Editor is Navin Nooli

P.D.V. PRASAD pressssents the film while the film is produced by SURYADEVARA NAGA VAMSI. Venky Kudumula is the writer and director of the film.