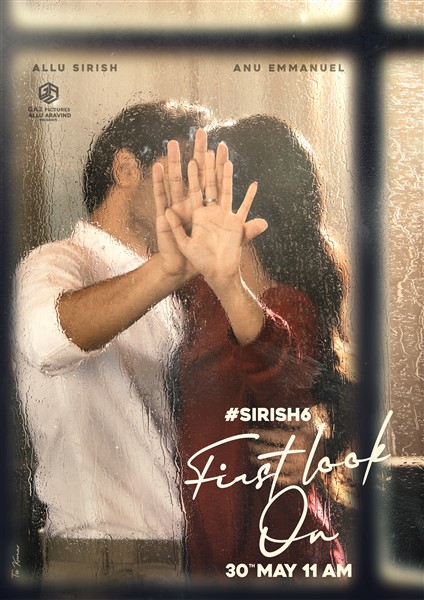 Two years after ABCD, Allu Sirish is back with the announcement of his next movie. The pre-look poster, which was released on Thursday, has already got people excited. Fans started trending #Sirish6 in no time.
The pre-look features an intense scene between the couple and has the names of the actors on the top, which is a breath of fresh air when it comes to Tollywood posters. The movie stars Anu Emannuel opposite Allu Sirish and has been directed by Rakesh Sasi of Vijetha fame. The movie is being produced by GA2 Pictures and is being presented by Allu Aravind.
Allu Sirish presently was seen in a Hindi single ‘Vilayati Sharaab’ that went viral in no time, crossed 100 million views and remains to be on everyone’s playlist. Apart from ABCD, his film Okka Kshanam was also dubbed in Hindi as Shoorveer. His previous work in Telugu and Malayalam films made his fans anticipate his next film and by the looks of it, this one will be a rage.
The pre-look announces the date of the first look as May 30th, which also happens to be Allu Sirish’s birthday. We also hear that a second pre-look is on its way and will be released before the first look comes in.

Kangana slays as Dancer in Thalaivi