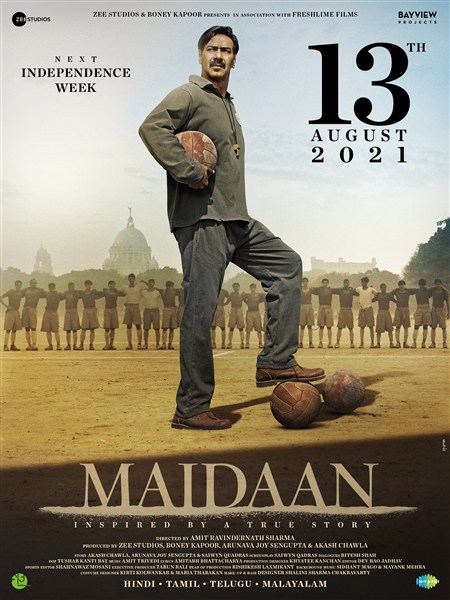 Bollywood Star Ajay Devgan starrer Maidaan which is inspired from an incredible true story is being made as a tribute to the golden era of Indian football. Ajay Devgn plays a football coach in the film and the posters get the period look perfectly. Producer Boney Kapoor announced that ‘Maidaan’ is releasing for Independence Day on August 13, 2021 and the untold story will make every Indian proud.

Kajal Wants to Do Comedy