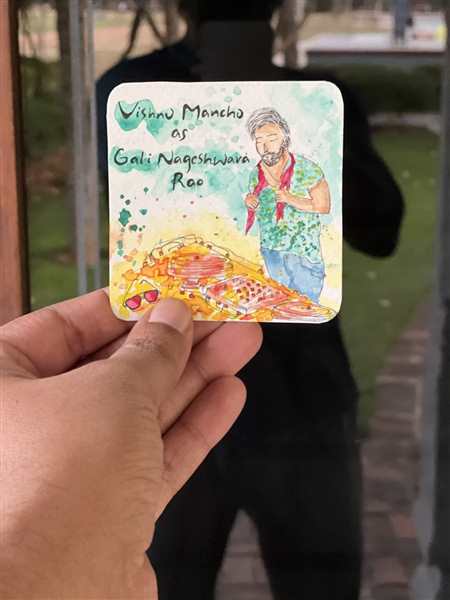 A combination we never expected is on cards, with the blessings of Shri Dr. Mohan Babu Garu, and Story, Screenplay by Kona Venkat and as a creative producer too, AVA entertaments has started a movie with Vishnu Manchu under the directorial of Eeshaan Surya and dialogues by Bhanu & Nandu, along with the dashing cinematographer Chota K Naidu behind the lens.

The script was written by G.Nagaeshwar Reddy, and the team roped in Anup Rubens for some foot-tapping music. This film will definitely be a head-turning combination due to the people associated with the movie.

Vishnu Manchu has already introduced the movie to his fans and audience in a different way by posting a video and today he also introduced his quirky character name in the movie as Gali Nageshwar Rao by posting an image from the film with a refreshing thought on his Twitter account, so Looking forward to more interesting updates from the team as they are planning to promote the movie with some unique strategies.

Sirivennela will remain immortal and reside in our hearts through his...