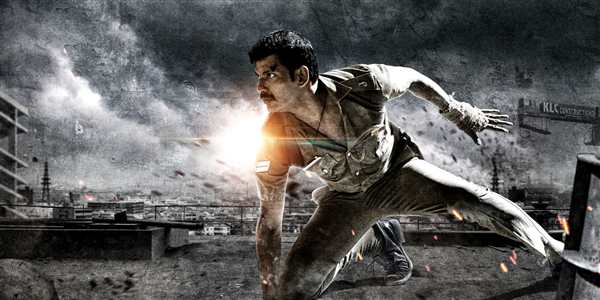 Hero Vishal is presently starring in a Pan India film Laatti under the direction of A Vinoth Kumar, while Rana Productions is bankrolling it. Sunaina is the female lead in the movie being produced jointly by Ramana and Nandha. The film’s teaser has been unleashed.

The subsequent episode shows Vishal saluting his senior officials. Then comes the huge action block in an under-construction building, where Vishal as a lone fighter announces war against many rowdies. The teaser definitely increases curiosity on the film.

Vishal appeared in an intense role as an honest cop who is ready even to die in the duty. He is just brilliant in the role. Vinoth Kumar presented the character in a mass-appealing way.

Laatti will have some amazing action sequences choreographed by Peter Hein master. In fact, second half of the movie will have 45 minutes of action blocks.

Sam CS is the music composer, while Balasubramanian is the cameraman and Pon Parthiban is the writer.

Laatti will have simultaneous release in all languages on September 15th.

‘Acharya’ to release on April 29 in a grand way