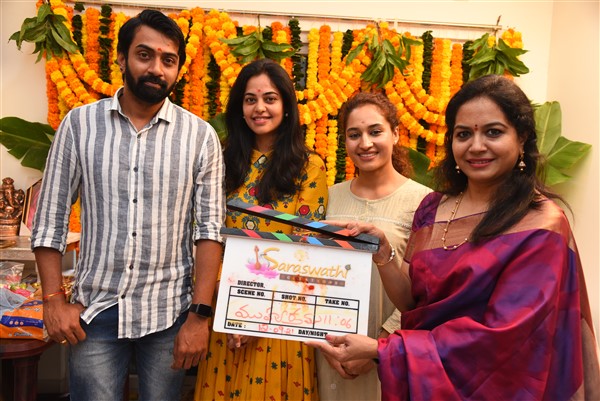 Saraswathi Creations has announced its second production with Vikas Vasishta of Cinema Bandi fame playing the lead role and first timer Sree Chaitu directing it. Telugu girl Bindu Madhavi is the main heroine and Pooja Ramachandran will be seen in a vital role.

Billed to be a feel-good love story, the film’s regular shoot commences from 14th of this month in and around Hyderabad. Sagar YVV and Jithin Mohan will crank the camera, while Sunil Kashyap is the music director. Rajendra Kovera is providing screenplay and Kotagiri Venkatesawar Rao is the editor.