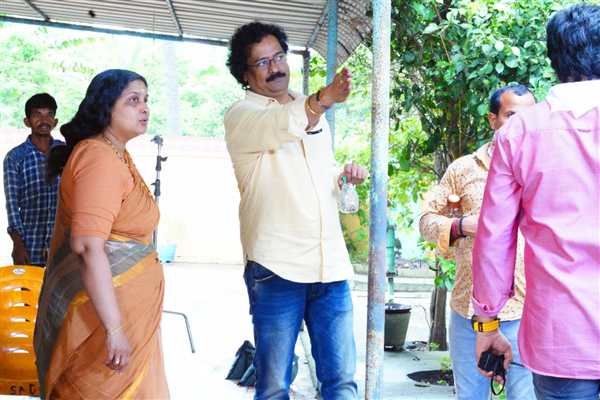 Web shows are gaining popularity across several languages and audiences big time worldwide and the Telugu industry is no exception to it. Several prominent filmmakers have forayed into the digital medium already and following suit is another well-known director, Satish Vegesna. Yes, you heard it right. Vegesna Sathish will be entering the digital bandwagon soon.

The director, who’s currently working on two films Kothi Kommachi and Sri Sri Sri Raja Vaaru, is coming up with a web anthology set amid a rural backdrop. The stories set in a small town-ambience will have the flavour that Satish Vegesna is conventionally known for. The web series has been titled Kathalu (Meevi Maavi).

Vegesna Sathish has already wrapped filming three stories for the anthology. He’s aiming to complete the shoot of the other stories at the earliest and stream it on an eminent streaming platform shortly. The ‘Shatamanam Bhavati’ filmmaker, who has earned a reputation for stories catered to family audiences, is taking adequate care to make a clean, entertaining show free from vulgarity.

Several top-notch technicians and actors are associated with Kathalu. More updates about the show’s cast and crew will be out shortly