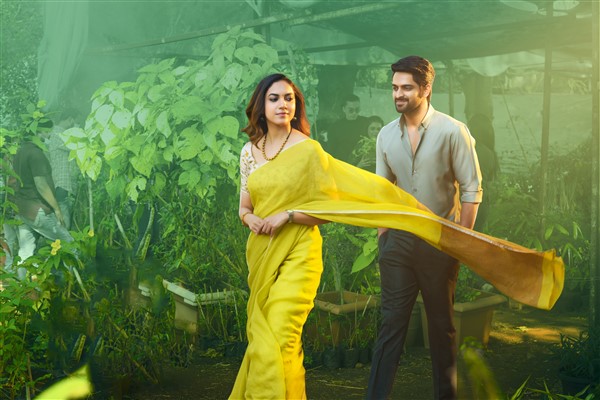 *a great combination of music and lyrics

“kolakalley ila
gundey gilley ela
neeli mabbullo neney telenthala
kontey navvey ala
champutuntey ela
kotta rangullo pranamey tadisenthala
malli malli raavey poola jallu thevey” written by an lyric writter Rambabu Gosala. Famous singer Sid Sriram another time sung a melodious song, Vishal Chandrashekhar gave a beautiful music to this song like all songs in the album. It stands out to show the love between hero and heroine in the movie. Music and lyrics gave a competetive feel to entertain us. Along with this ‘Naga Shaurya and Ritu Varma’s performance is a great addition to this song.

Sid sriram said he was super excited to announce about this beautiful love song which he feels honoured to work with Vishal Chandrashekhar on this melody song. He extended his love to all on this Valentines day …

Already a video introducing the title, new year wishes video, and on our hero Naga Shaurya’s birthday another video has been released and got humoungous response from the audience. Shooting is still in progress. ‘Varudu Kaavalenu’ story, screenplay, dialogues, songs, scenes, emotions, all cast performances are taking this to a whole new level and entertains all types of audiences, said producer and director.