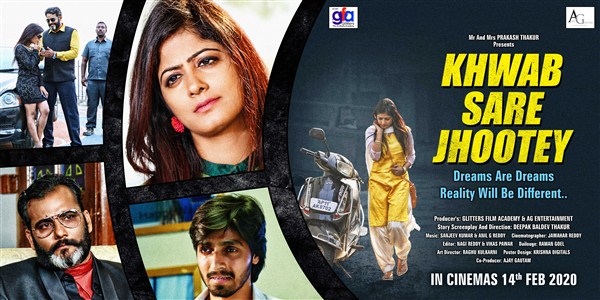 “KHWAB SARE JHOOTEY” story of young women who wants to achieve her dreams without realizing the ramifications of her actions.Debut actress tulika singh has lived the character and performed her best which will get her many awards says Deepak baldev thankur.Passionate young producer ajay gautam has plans to encourage new talent and deliver content based film he has supported for “KHWAB SARE JHOOTEY” to the best.”KHWAB SARE JHOOTEY” will have all india release on 14 Feb 2020.Audio will out in December.