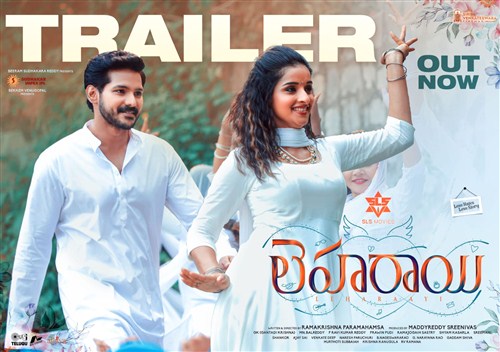 This project is bankrolled by S.L.S movies production. Dharmapuri fame Gagan Vihari, Rao Ramesh, Sr. Naresh, and Ali are also playing crucial roles in the film, while Ramakrishna Paramahamsa is debuting as a director with this project. The film reached everyone hearts with the promotional content. The team is currently busy with promotions.

The recent promotional tours given a huge boost to the film. Already released songs are impressed the audience. Today makers released the youthful trailer.

The trailer reveals that the film is about a young couple. The catch here is that the girl will receive numerous proposals in college, and in order to avoid them, she will purposefully say I Love You to the hero, while her father will focus his love on her precious daughter. Now that the hero loves back, the struggle for father and daughter begins.

The dialogues are aimed at the youth and the conversations between Ranjith and Soumya Menon cater to the youth. The fun portion is also good. The background score for the trailer is apt. With this youthful trailer that is packed with wholesome emotions, entertainment and love the film intrigued everyone. The film is releasing on December 9th.